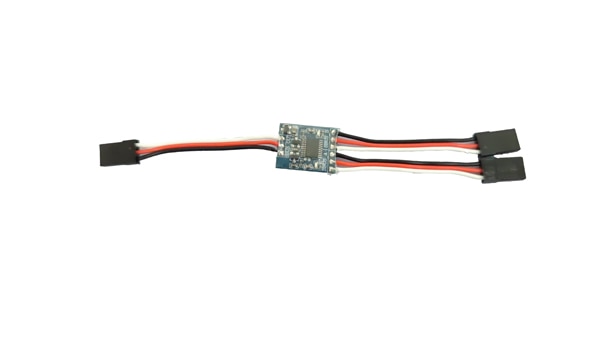 The company produces 8-channel SBUS coach module, which is compact and exquisite for wireless use, which eliminates the problem of restricting the freedom of movement of the two due to the fixed length of the coach line; this SBUS coach module is not restricted by the remote control brand and solves the connection between the student and the coach. There is no need to operate the remote control of the same brand, which greatly improves the compatibility of teaching between different brands.

1: The receiver (A) corresponding to the trainer remote control (A) is plugged into the SBUS A input terminal of the trainer module

The receiver (B) corresponding to the student remote control (B) is plugged into the SBUS B input terminal of the coach module;

2: The SBUS OUT output terminal of the trainer module is plugged into the flight control/gyro device of the UAV;